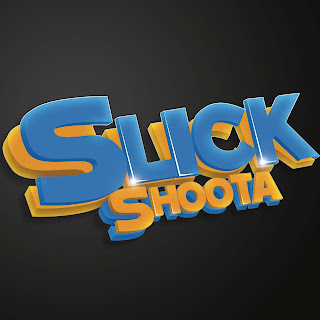 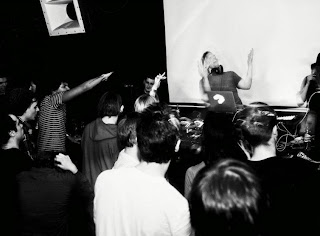 I don’t go to clubs often, so I am not as fluent in club music as I could be. But I do know good club music when I hear it. Slick Shoota is one of the good ones. His music jumped out at me the first time I heard his EP, and gives me a charge every time I hear it. He is a producer from Trondheim, Norway, and this is his debut EP. He was also kind enough to answer a few of my questions, and I thank him for that.

Andrea Weiss: What do you want your songs to mean to people?

Slick Shoota: I just want people to enjoy the tracks basically, the meaning of the tracks will vary from person to person i guess, that's what's beautiful about music isn't it, you make your own soundtrack to life with the tracks you feel fit to any given situation. If it's in the club though, I want people to feel like they can't resist dancing and brocking out. I mean, i can make deep tunes that's not really dancefloor destroyers but my main aim is to create a vibe that makes people want to have a good time.

AW: Do you start with a rhythm or melody when writing songs?

SS: Most of the time it's the drums, cause that's the basics of the tune and if you have a solid drum groove i find it's easier to build around that. I don't have any "rules" as to how i approach a tune though. I can sit and just browse my sample library for ages and if i find a sample that has potential, I can work with chopping that up first, for a good while, try different variations and then build the rest of the tune around that.

AW: You use vocals so well, who are the vocalists, and how did they contribute to the writing of the lyrics?

SS: It's mostly just samples chopped up to the unrecognizable to be honest, unless it's remixes where the original has great vocals like the Murder Mark - Bad Bitches Drop It Low remix I did. I definitely want to work with real vocalists on my own original tracks in the future though!

AW: How did you get started in music?

SS: I was a big jungle and drum n bass head from an early age, so it was from getting into that scene that I wanted to learn production as well. So I just started trying out software and stuff like that you know. After a while i took a years music production course and learned producing more professionally. I've always had school and jobs and stuff taking up alot of time though, so it's first like in the last three years or so i feel like I've created my own sound that I'm comfortable with.

AW: You mix styles very well, does that help you open up a song, and play around with it?

SS: Thank you. It's not something I think about when starting a track. I just find a vibe and go with the flow. A while back I found myself a bit tied up in "the rules" of genres and how other peoples production sounded. I think I've managed to get away from that though. Now I just make a tracks, no matter the vibe or style, in my own way.

AW: I hear jazz and 70s R&B in the mix. Are they two types of music you’ve been influenced by?

SS: I don't listen to it that much, but yeah I'm definitely influenced by it through sample culture and that. I'm a bit all over the place that way i guess, I just love blending all different styles and make club music you know!

The voices pop out of the mix, joyfully and excitedly, singing Slick’s name, and other things like “I love you”. The music flows alongside, nimbly, like a ball in a pinball machine, and just as much fun. Slick Shoota, a club artist from Norway, made his first EP for Loose Squares a dandy, fun to dance to, and also fun doing anything involving motion. A great debut all around.

Posted by AWeiss at 1:15 PM No comments:

Between the Times and the Tides

Sometimes simple is the most complex of all. Sometimes straightforward can wind down many paths. What Ranaldo has done here is release a verse-chorus-verse album, in other words a conventional adult rock album. But it’s great. It has a lot to say about life and love, and all it’s complexities. It’s set against a wall of guitars, with almost every sound and noise imaginable that can be fit into a standard rock format.

Everyone knows how Lee plays wonderfully, and he lets his guitars do the talking, along with a band that is Nels Cline, Alan Licht and John Medeski, with Irwin Menken on bass, Steve Shelley on drums, with appearances by Jim O’Rourke and Bob Bert. Which also makes this something of an extension of a Sonic Youth album, but the songs here are also a logical progression from Lee’s songs on SY’s The Eternal. While the overall sound is not a din of noise, the guitars and the rest of the instruments sound is heavenly, a sprawling, yet organized heaven, fierce yet controlled.

But the lyrics are gentle, like on “Fire Island (Phases)” a meditation on the place, and “Lost,” which is also about being found as well. And while these lyrics also contain some darkness, it’s the contrast between shadow and light that also move the album just like the music. If SY is indeed over, and this album marks the start of a permanent solo career, it couldn’t be any better than this. http://www.sonicyouth.com/symu/lee/

Posted by AWeiss at 4:43 PM No comments:

An experimental music band from northern California, Starving Weirdoes play music, mostly instrumental, that is sometimes harsh, and at other times oddly soothing. It’s kind of ambient, kind of prog, but always with a good sense of melody, dynamics, tone, and scope.

Aimee Hennessey provides some spoken words, mostly one or two lines, and her pronouncements add even more content than there was already by defining what the music is trying to convey. An interesting project in the main, and very good: good for writing to, good for anything that requires deep thought, and good for winding down after a hard day. http://www.amishrecords.com/

This California band wants to be just like The Fall, down to the vocalist sounding like Mark E. Smith, and writing ultra-cryptic lyrics, just like Smith. Where they part company with The Fall is the straight up non-conformity anthem “Ordinary People,” and the anti-bullying, “Community Service.” There is also a bit of grunge in their music, as there are a few guitar riffs that are reminiscent of Kim Thyhil. All of which adds up to a great album. It’s so nice and refreshing to hear 70s-sounding punk, and not, Graham Nash or Paul Simon, as wonderful as they are. May they continue to look ahead using this sound, and not back to nostalgia.[http://www.ceremonyhc.com]