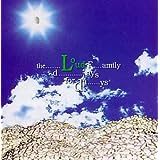 Children By The Millions Sing For Scott Miller
A Tribute

Scott Miller, my all-time favorite musician, is dead. We will know more in the coming days.  His music got me through the highest highs and lowest lows.  I don’t do traditional blog posts often, but tonight is one big exception.

I heard Here It Is Tomorrow on Princeton University’s WPRB and ran to buy the album it was on, The Big Shot Chronicles. That was the mid 80s. I’ve been a huge fan ever since, have all his albums, both GT and the Loud Family’s brilliant 90s/00’s output. I love them all, and it’s heartbreaking that there’ll be nothing new from him, as he was about to start on a new album at the time of his death.

Scott’s music was power pop of the most experimental ever.  For Game Theory’s classic albums like Lolita Nation, imagine a Beatles/Big Star fusion, with many other bands mixed in, with lyrics in the style of Joyce, say Finnegan’s Wake or Ulysses.   Head spinning, maybe, but also catchy as all get out.  The man had a great gift for melodies and turns of phrase.  A songwriter's songwriter.  And all the people he played with, big talents in their own right, who Got It, and made it their own as much as Scott did.

The Loud Family dropped Joyce, and was more 90s alternative rock than 80s college rock, but just as good, different, but still all Scott, and like nothing else out there, which can be said for Game Theory, too.  Scott retired in 2000, came back in 2006 with What If It Works, a collaboration with Anton Barbeau, and I welcomed it fully.

I saw Scott live twice, on the Loud Family’s last two national tours, and he was wonderful.  Two of the best concerts I’ve ever seen.  There were no flashy moves, no big stage show, just a lot of good music. And Boy Could He Play Guitar.

I also am on the email discussion list, Loud Fans, and have met so many wonderful people on there, friends to this day.  It was the first list I joined back in the 90s, when I first came online, and when everything migrated for the most part to Facebook, I was there, too.

Words fail me now, but I’ll try two last thoughts.  One: If you've never heard his music, go to the Loud Family’s site.  There is a place to download his Game Theory albums for free.  You will never, ever regret doing this.

Two: Scott’s book of music lists, and his observations about music, Music: What Happened, will live on just as much as his music. I’m posting the link of my interview with him for this blog as my second tribute to him.  My thoughts are with his wife Kristine and his family.  And to all Loud Fans, or Louds, we will keep his music alive forever!

Andrea Weiss
Posted by AWeiss at 12:50 PM No comments:

What I like about techno, any kind of techno, is that it conveys emotions and thoughts with no lyrics, just the music,  without a hint of showing off, which can be the case with rock instrumentals.  Even when there are words, it’s usually a phrase or maybe one sentence that is meant to complement the emotions of a piece, not make things separate,.

On this comp, the emotions here are joy, woderment, amazement,  happiness, love, and pleasure, letting all kinds of synths carry the load, rather than guitars, and vocals.  To me this is the best kind of techno, If you’re going to dance, it should be because you’re happy, not sad or angry.  And this comp is made of one non-stop party, something to play and replay, until you’re exhausted.

Now all of this may be obvious, but I’m a newcomer to this type of music, so bear with me if I sound like I’m making basic observations.  I like this comp a lot. Indeed anything Muderbot has sent me has been excellent. Even though I really do have two left feet, I like this for bringing cheer, and for making me want to shimmy around the room, and get me moving. Actions can speak much louder than words here.
https://soundcloud.com/chrissymurderbot/sets/chrissy-murderbot-greatest
Andrea Weiss
Posted by AWeiss at 6:18 PM No comments:

This is BSP’s cleanest, most straightforward album yet. It’s a little disconcerting at first to hear how much their echo, murk, and other atmospheric sonics have receded.   But get past that, and you’ll find a great album, smart, thoughtful, and gentle. The gentleness is new, although balanced by that the band still sounds exasperated and disgruntled. That’s also a welcome sign that cleaning up their sound hasn’t  lightened it. This is heavy music in the best sense,  dealing with weighty topics,  emotions,  and  situations.

BSP has never failed to disappoint, and while all of their albums are recommended, this is the one to start with, and work backwards.  You’ll be introduced to one of the great British indie rock bands around, and you’ll never regret it. http://www.facebook.com/BSPofficial
Andrea Weiss

Posted by AWeiss at 4:42 PM No comments:

What seems at first glance to be very samey-sounding, musically, is actually a very subtle, nuanced sound, with many layers and details that demand close attention.  And if you give the music a chance, you’ll find something wonderful, very deep, and even comforting, a sense that someone feels the same as you.

This approach extends to the lyrics as well, which seem to be about a relationship, where the singer loves someone dearly, but knows he’s getting nowhere with her yet can’t quit.  Everything runs together after awhile, making the effect of the lyrics seem like episodes in one very long, bad day that never seems to end. But when it does, things will be better and there will be understanding, and possibly a resolution.  Anyone who’s ever been in a relationship like this will relate. These lyrics are striking in terms of examining every aspect of the relationship.

CoCo Beware, Caveman’s self-released debut, deserves every bit of hype thrown at it. This self-titled sophomore beats the cliché of the sophomore slump, and is a very worthy follow-up to their debut.  This is modern psychedelic music at its best, and  a very good trip at that.
http://www.facebook.com/CavemanBand
Andrea Weiss
Posted by AWeiss at 10:55 PM No comments: