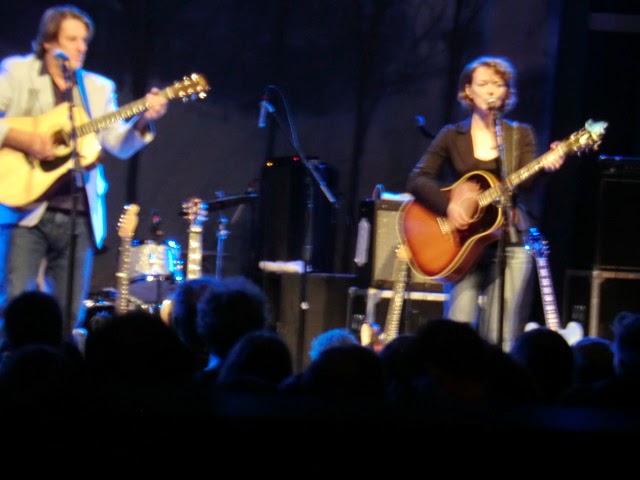 Laura Cantrell, who I recall seeing at a folk song society in Hightstown, NJ called Outta Sights and Sounds, was the opening act. Her blend of Americana, folk, and indie folk was pitch perfect.  With a friend for extra musical punch, their guitars, acoustic, and, on few numbers, lap steel, produced for a sound that was punchier and purer than indie folk and the neo folk of Mumford, his Sons, and extended family. And the Kitty Wells songs were just the right touch of old-time country. 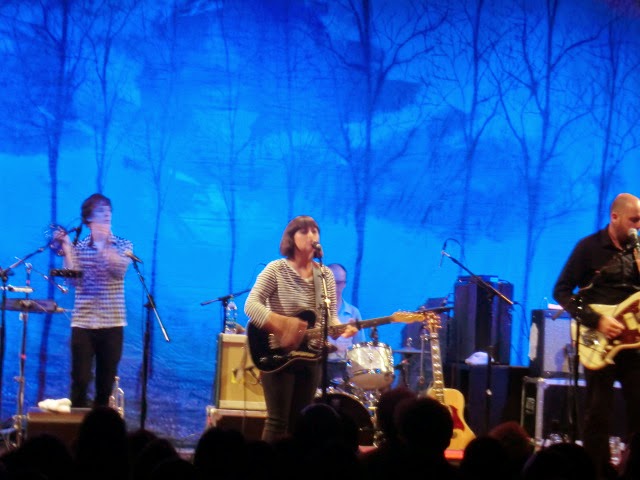 Camera Obscura plays very quiet, nuanced, finely detailed indie rock, with flashes of the Brill Building for spice.  I love them dearly, but had never seen them live, and wondered how their sound would translate to the stage. I wondered no more after the first song.  By beefing up their hushed sound with an extra guitarist, percussion, and a keyboard player, their masterpieces, old and new, came across with the same tension and grit, that they use so well on disk. Tracyanne Campbell’s barbed lyrics came across clearly, and she never had to raise her voice to quiet the crowd, which like all club crowds, likes to chatter.  Campbell came across as friendly and sweet, much the way I’d imagined from Camera’s albums. 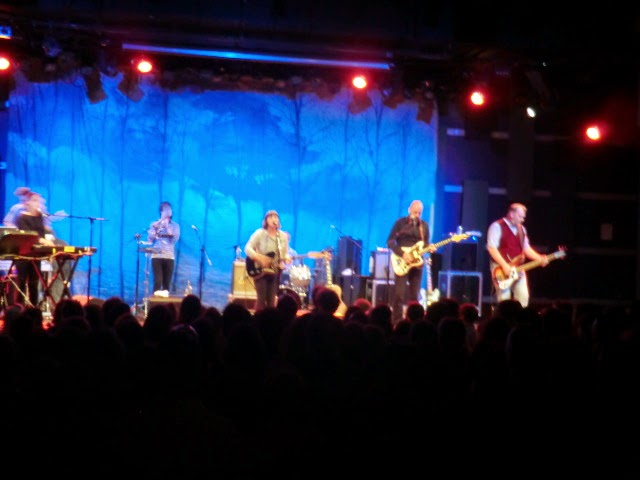 The band is on a tour of the Eastern US.  Their current album came out last year.  Tracyanne and another member, Gavin Dunbar, each took time for maternity and paternity leave, and now they’re back at work.  I strongly recommend catching them if you can.  They are a treat to see, hear, and thrill to.
https://www.facebook.com/CameraObscuraMusic